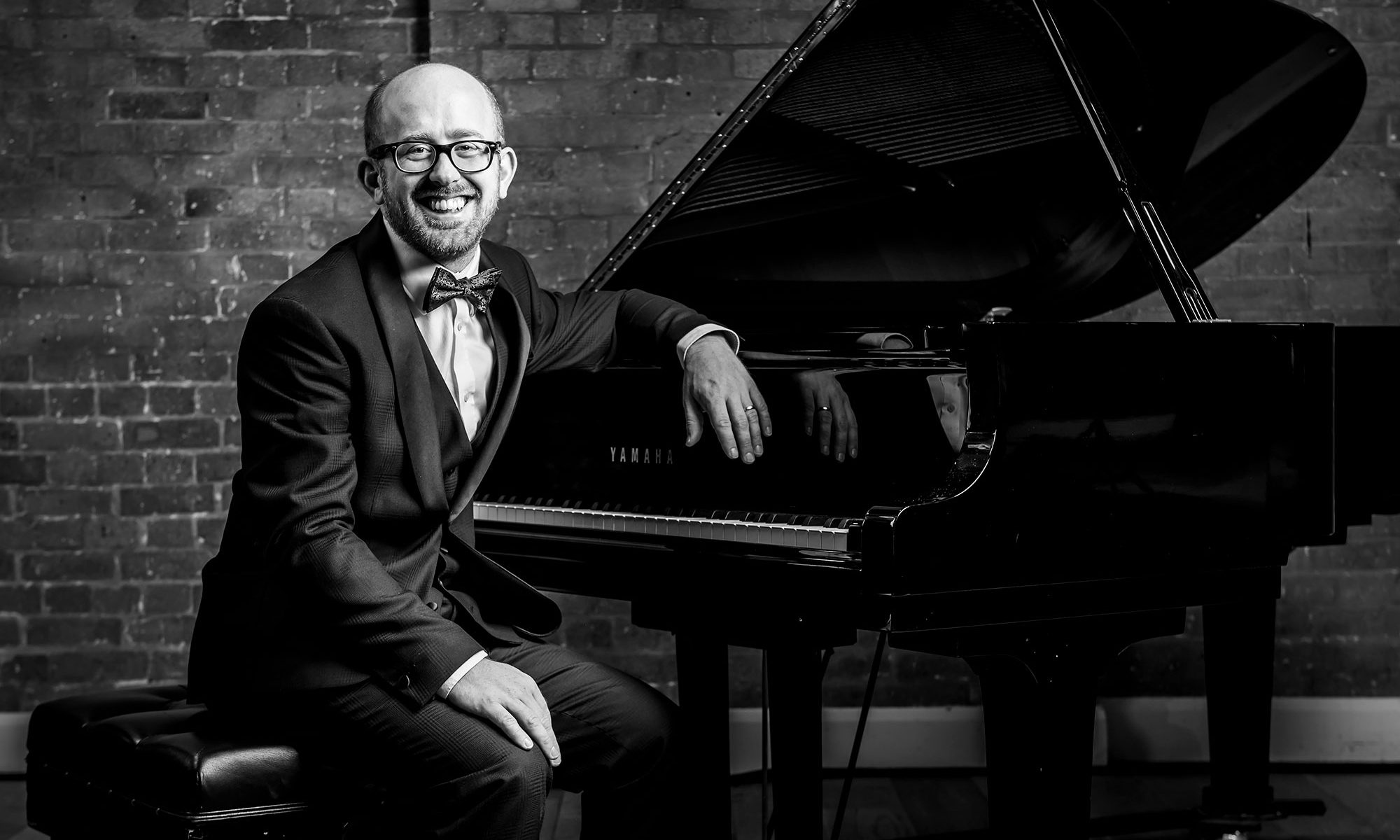 Mike Paul-Smith is a musical director and pianist from Aylesbury, Bucks. His musical education began at Aylesbury Music Centre where he received classical piano tuition from former BBC Young Musician of the Year Anna Markland and jazz piano tuition from Gwilym Simcock and Jo Ruddick.

With the bands at Aylesbury Music Centre, Mike performed at The North Sea Jazz Festival and alongside jazz greats including Kenny Wheeler and Norma Winstone.

At university, Mike was the student director of the University of London Big Band, who he directed for two shows at the 2015 Montreux Jazz Festival in Switzerland. Mike also performed with Oxford Millennium Orchestra, The Oxford University Big Band and numerous other student ensembles.

In 2005 Mike formed swing and soul band Down for the Count, a band he runs to this day. Under his direction, the band has performed at top jazz festivals (The London Jazz Festival, Twinwood Festival) and at world-famous jazz clubs (Ronnie Scott’s Jazz Club, Pizza Express Jazz Club, Hideaway Streatham, Caveau de la Huchette in Paris). The band is recognised as one of the UK’s top swing bands and has been invited to perform at The Leeds Castle Classical Concert in 2021, where the band will support The Royal Philharmonic Orchestra in front of an audience of 10,000 people.

In addition to his work orchestrating and arranging for the Down for the Count Concert Orchestra, Mike has also orchestrated work for The London Musical Theatre Orchestra and the West End Scratch Orchestra concerts at London’s Cadogan Hall. Mike has also arranged music for City String Ensemble.

Mike was a founding member of Songbird Productions which went on to become Aylesbury Vale Youth Theatre, creating performance opportunities for 16- to 25-year-olds in Buckinghamshire. Mike co-produced and musical directed their first show City of Angels and has also musical directed a number of other musicals including Anything Goes, Oklahoma!, Carousel and A Chorus Line.